I got interviewed by Vasco Duarte!

You probably know me a little bit already, but who is actually Vasco Duarte you might ask? I did not know Vasco until September of 2015. At that time I wanted to go for a conference to learn, meet new people and grow. There were only a couple of places I could choose with my limited training budget. Prague was close to my heart and an obvious choice. I lived in Prague for more than a year and still feel that the city is... no, no, not my second home but in fact home. I was hired by a Scandinavian investment bank (yeah, I am a strange Agile Ninja) and moved there just after wedding with my wife. A great honeymoon indeed. But, I digress :)

Of course, my love for Prague was not the only reason to go there. I looked up the best "agile" conferences there were and had reviewed their agendas thoroughly. With a list of speakers such as:

All right, all right, at that time I only knew Jurgen Appelo and the rest of the bunch was pretty much of a unknown to me. I was sold more on the apperances from the unknown people from wide known companies.

The decision to go for Agile Prague 2015 conference has been made shortly before the final date. In fact it was so late that all of the tickets have been already sold. However there was last chance to get a ticket if you were to pay for the workshop with an enigmatic title "No Estimates" (!#$@?). Did not ring a bell at all but still sounded very interesting. Especially if someone like me spends 4-6 hours every two weeks with a team estimating User Stories for the upcoming Sprint. Anyway, without further due, I booked the conference ticket boundled with the workshop offered by Vasco Duarte.

I have googled for "No Estimates" phrase to find out more and found a book under the same title, which Vasco at that time was starting to write. 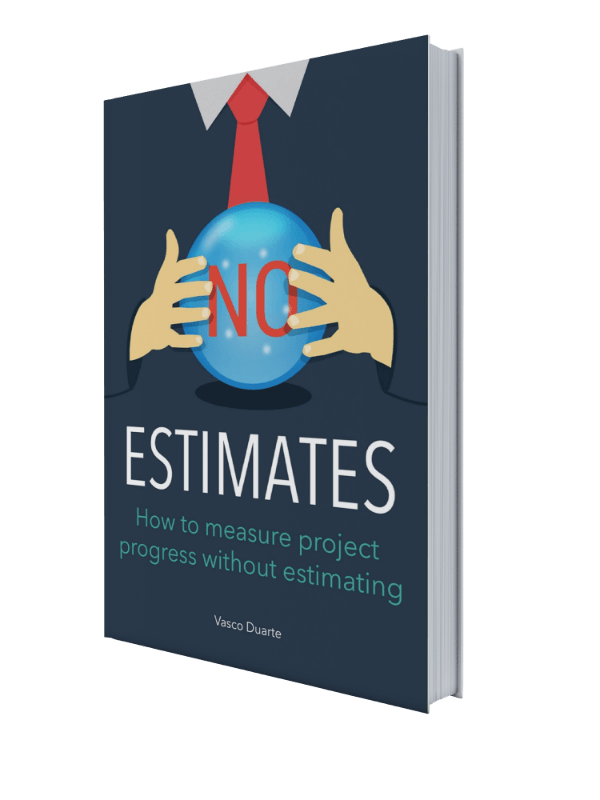 By the way you can buy the book here: NO ESTIMATES BOOK, it is just 7 USD and chances are that you will gain a lot even if you disagree with the proposed approach. The book itself is worth a separate blog post, which I shall deliver in the upcoming months. Stay tuned!

During Agile Prague 2015 I heavily networked i.e. met new interesting people, who happened to be in the same line of trade as I did. Talking to people is always a great discovery. I frequently stumble onto interesting subjects, which I later on explore in full depths. During the first day of the conference I met a Scrum Master from Warsaw and he knew one of the Keynote Speakers Joshua Kerievsky well. With my knowledge of great Prague restaurants, we have decided to invite Joshua for a late dinner. Josh came with some friends and it quickly became the most agile dinner I have been to with Vasco Duarte and Angel Medinilla, Josh and two mostly unknown Scrum Masters all at one table.

This was the first time we have met, the second time was during the No Estimates workshop the next day after the conference.

Vasco has worked for Nokia and F-secure in various roles from Agile Coach to Product Manager. Most recently he interviews Scrum Masters from around the world and publishes the interviews on Scrum Master Toolbox website. I have decided to give it a go, as I would like to refresh my public speaking skills and an opportunity to speak my mind in front of a few thousands Scrum Masters following the website would be one small step in the right direction before I decide to speak at a big event in the spotlight and in front of hundreds of people. I am not perfectly happy about it, but I hear that it sounds pretty much enjoyable, so enjoy!

If you have survived all five recordings, please let me know your thoughts. Agile Ninja is always happy to hear your feedback (and if I am not I will send you a 手裏剣... just kidding:)

Share this Story
The link has been copied!
Newer Story

How to Create Products Customers Love?

I got interviewed by Vasco Duarte!

There was an error sending the email, please try again

Check your inbox and click the link to confirm your subscription

May we suggest a tag?

May we suggest an author?